Demolition and preparation work begins. The kitchen and the old "Kingfisher" classroom are taken down.

All of the foundation and ground work is completed. Now the building upwards begins!

Members of the school council visit the site to check on the progress of the building. They reported back to the school, in an assembly, that all is going well.

An update on the progression of the expansion project and building work is held for parents and other stakeholders.

The presentation is available to view by clicking here

The scaffolding is down... The windows are in... The final touches are being made to the classrooms and other spaces in the new building... And the play area is looking fantastic! We can't wait to get them set up and welcome the children back on September 7th.

The school is almost ready. Classrooms are set, corridors are clear and the front reception area is ready to welcome the children back. 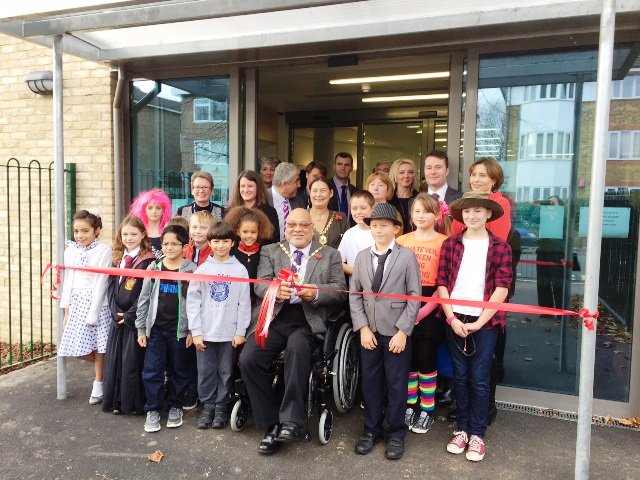 During the week of 9th - 13th November, we celebrated the official opening of the new school building with a week of special events, including an open evening for past pupils and staff, as well as friends of Pelham, and a visit from the Mayor of Merton for our special assembly held on Friday 13th November.

You can read a report on the official opening, on the Merton Council website, by clicking here.

Click on the images below to see the final floor plans for the school.